Is a technically advanced plant application product that naturally improves photosynthesis, thus increasing root mass, yield and BRIX levels (natural sweetness). More expansive roots require less water, adding conservation to the many benefits this technology will provide. ecoAgra™ is 100% formulated from North American plants, and can be mixed with fertilizer or used alone.

Inexpensive to apply, ecoAgra™ can help offset high input costs. Use of the technology creates cash crops requirements for farmers, and increased yields, thus making ecoAgra™ our star technology as it relates to the wellbeing of humans.

ecoAgra™ is 100% biobased, and is truly sustainability since it improves the yield of its own ingredients. In other words, the use of ecoAgra™ helps make itself, enhancing its sustainability factor. 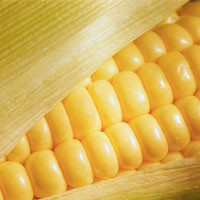 ecoAgra™ not only increases the growth rate in plants, it also improves the size and sweetness of fruits and vegetables through increased BRIX levels and crop value.
Field evaluations show an increased in yield, often in the 15% or more when the product has been applied twice in a growing season. Treatment has improved the taste and texture of fruit and vegetables, while flowers become more radiant. The general health and vitality of the plant becomes obvious. 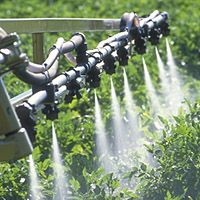 It is advisable to spray early in the morning, several hours before direct sunlight hits the plants. Make sure to fully dilute the product at the suggested rate of 1:300 (1 part ecoAgra™ and 300 parts water). We recommend a saturation rate of 12 gallons per acre.
Crops will endure longer without rain or irrigation, thus conserving water resources. In certain climates, it may be possible to get multiple yields per season. 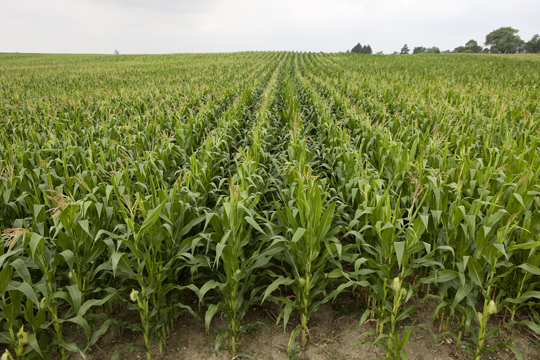 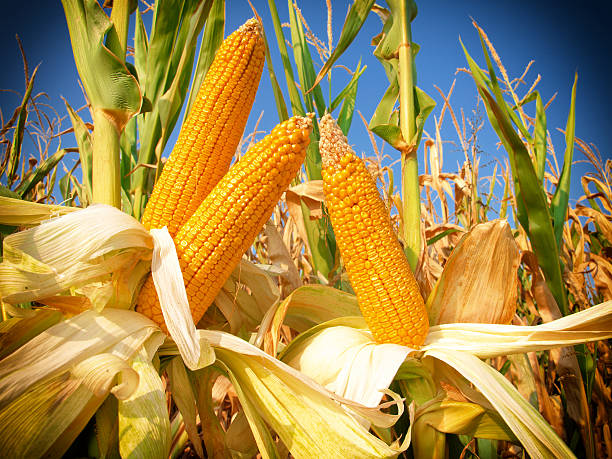 Our data recording began 8/02/2011. Initial discovery of popcorn and yellow corn was in early July, 2011.
We had 6 fields that were infected with a substantial amount of Carlson South (yellow corn), Adams County (yellow corn), Fishell South (popcorn), Younkin (popcorn), Jester 1 (popcorn) and Erickson East (popcorn). We focused on 2 fields of popcorn, Jester 1, in which the disease was the worst and most progressive, and Erickson East.
Prior to applying the ecoAgra product, we did preliminary documentation of the plant condition on August 2, 2011. We took photos of the leaves, measurements of the damage on the leaves and made ink marks on each sample leaf as to where the damage had progressed.
In the Jester 1 field we established 6 separate observation sites: J1, J2, J3, J4, J5 and J6. The Erickson East field had 4 separate observation sites: EP -2, EP -3, EP -4 and EP -5.
Over the course of the next 6 days, we went back to the two fields and recorded any damage progression from the previous day. We documented by re -marking the damage on the leaves and taking pictures. We went at approximately the same time each day.
It was decided that we would try three approaches to applying the product: aerial spraying, ground spraying and chemigation through the center pivot. We wanted to establish which method of delivery provided the best result.
First treatment was August 3, 2011. We brought in a special airplane that could carry more product than a normal crop dusting plane. Treatments continued through August 17, 2011 using all three methods.
Aerial sprayed the following fields twice: Carlson South, Erickson East, Jester 1 and Fishell South. The Adams County and Younkin fields were sprayed once.
We had a wind storm in early June that resulted in a great deal of lodging. We were only able to use our ground sprayer on the outer ring of the pivots. We used one of the 50′ booms to apply product to the fields. Each pivot received ground sprayings. The rate used for ground application was 6 oz of product to 20 gallons of water. The sprayer used fungicide directional nozzles w/35-40 psi. The speed of the sprayer averaged 7— 10 mph.
We attempted to chemigate 2 pivots. One we put on 10 oz of product with .25″ of water; the other was 10 oz of product with .15″ of water.

Watch this video on EcoAgra:

Observations:
Chemigation resulted in too much run off. We noticed absolutely no improvement or cessation in the progression of the disease. Aerial application did produce a positive response; however, the best results came via the ground sprayer. We feel that the greater volume of water used with the ground sprayer resulted in better leaf coverage and saturation. A simple visual assessment provided evidence that ground application of the product gave 50% better disease control than either aerial or pivot application for at least one week.
With the ecoAgra product, we believe we were able to extend healthy plant viability for an additional 2 to 3 weeks.
It is also our belief that if we had been able to apply the product when the disease was first noted, we would have had even greater control and could have extended the plant life further. In fact, during harvest, Steve noted that on the fields that were treated, the stalks were still green.
One major development we noted was the insect population. After the initial application of ecoAgra, we noticed that our ear worm and corn borer count was well under the threshold for treatment. In fact, we didn’t use any insecticides on the ecoAgra-treated pivots for the remainder of the summer.
In 2010 we battled with several chemicals, including Prosodic and Safe Strike. There was no slowing or cessation of the disease with either of these products. The popcorn died prematurely, resulting in very low yields and poor kernel quality.

Conclusion- We increased the yield and overall health of the plant.